Is that phrasing oxymoronic?

Is that what people think when that phrase is mentioned? Why is that thinking so pervasive? Is the government the toughest fight yet for workplace wellness?

Part of the reason stems from the perception that most governments are ineffective, inefficient, poorly run, have out-of-control spending, and the list goes on. If that’s the case then it must be the case that the workplace itself is toxic, so a healthy government workplace doesn’t seem likely. Is that fair? In the world of public opinion and in today’s social media world, it’s not the truth that is made available, it’s usually news that makes its way through social media, or any media for that matter.

We do know that the concept of workplace wellness, or the more encompassing concept of a healthy workplace, has disbelievers and those that think there are more important things to worry about. That is even still true in the private sector where the money spent on these activities is from the pockets of private companies. The backlash is more pronounced in government when constituent comments such as, “You give employees time to play games or workout during the day and they are listening to a speaker on diabetes?” are heard constantly.

Beyond the constituents’ barrier there are other barriers governments face in trying to create healthy workplaces. It is one thing to change a single corporation. A government is so diverse and so large, has so many departments and branches that it is not one workplace you are trying to change but hundreds, if not more! Since we know that you must get buy-in from senior management for workplace wellness programs, in government’s case you must get buy-in from senior management of hundreds of individual compartments. A government is also very old and established, rigid, confidential and full of silos.

Generally, governments receive revenue through their tax base. Therefore, the services governments provide are rarely tied in to revenue that the branch that provides the service receives. So if there is little consequence for your actions, your work reflects your boss. That is why there are some good offices and some bad ones. They are a reflection of the leadership. Since there is generally no correlation between revenue and service, there needs to be stated purpose for the office and accountability for its results. An office can’t succeed unless employees know why it is there, why they are there, what the office is supposed to do and what happens when it does or doesn’t succeed.

A healthy workplace is a new way of thinking so it will take time until a tipping point is reached. People have a hard time letting go of the past and of the way they’ve always done things. This is especially true in government. If you’ve ever seen a training video on managing people, the example that is consistently used is dealing with a worker who gets to work late. It’s an example that shows that you correctly need to deal quickly with the person. The problem is this video perpetuates the emphasis on time at work. Governments do a good job monitoring people’s time at work. What they need to measure is people’s performance at work.

Finally, one of the biggest barriers:

What if I do something wrong and the constituent gets the wrong piece of mail? What if I sent out 100,000 brochures and I missed 200 people? How will that affect my elected official? Will there be an article in the paper slamming them because of this faux pas? This thinking is still too pervasive. Governments need to empower their employees to analyze risks, make choices and stand by them when those choices are made. This is especially true regarding the most mundane of tasks. To move forward it must be okay to make mistakes, learn from those mistakes and make decisions.

Where does that leave government? Did we learn anything from Henry Higgins and Eliza Doolittle? Yes. We learned that vision, hard work and a side bet changed someone completely. Are those two elements there in government? In fact, I think all three are there. Regardless, I believe it is an enormous opportunity to change the game.

The government is probably one of the largest employers in the state/province and it should be a priority that this employer leads the way in creating healthy workplaces. What an amazing promotional opportunity if the government is seen as a model of how a workplace should run! Cost savings? You bet.

So how do we get there? I have listed some generic steps. In any endeavour there are three groups of people: those who will never change; the vast majority who are wondering what’s in it for me; and the third group that see the future immediately.

Step one – The most senior levels need to understand the benefits of healthy workplaces. The most effective method is a well thought out, well co-ordinated campaign by the wellness community to provide information on all potential benefits of this vision. That first part may be more difficult than anything that follows since there is such a vast array of providers these days. This is an opportunity for some of the many wellness groups on this platform to get together and plan a project online. It’s also an opportunity to involve the social media groups who will be instrumental in moving the process forward.

Step two – Communicate the vision and the plan to employees through social media and internal government methods.
Step three – Partner with government to create city/province/state-wide teams to lead the initiative in the different levels of government.
Step four – Educate and begin the transformation.
Step five – Monitor, analyze and adjust where necessary.
Step six – Report on results internally and externally.

At each step it is important to celebrate and communicate. The constant bombardment by social media of results will begin to change the thinking of the public and those internal staff who need to be moved along the wellness continuum from what’s in it for me to being able to see the future.

The most critical step is the first one. Government must understand the financial and non-financial benefits and costs of a healthy and an unhealthy workplace. Creating healthy workplaces takes time and effort, not necessarily significant financial resources.

In the ever-changing world of workplace wellness, we are now coming to the realization that this topic is a business strategy and a true healthy workplace, among everything else, includes the ability of the organization to continually enhance its processes to be more effective and efficient. Research has shown that at a minimum returns on money spent for wellness average 3-to-1 and for workplace activities it is generally not millions that need to be spent to achieve positive results.

I pay for government services so I expect great service for the taxes I pay. A healthy workplace makes it possible for public servants to deliver that service more often and deliver it better than they did before.

Creating a healthy workplace is an opportunity for governments to be leaders and be seen as being leaders. What elected official wouldn’t want to leave an amazing legacy for future generations to marvel at the vision, commitment, and leadership that was shown? 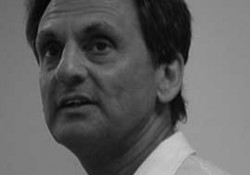 Joel Hershfield is the Manager of Finance, IT and Wellness coordinator at a Provincial Government agency in Winnipeg Canada. Under his leadership, MDA has become the provincial leader in workplace wellness. Joel has given presentations on healthy workplaces to other departments, the City of Winnipeg, and has spoken at a national health and wellness conference. 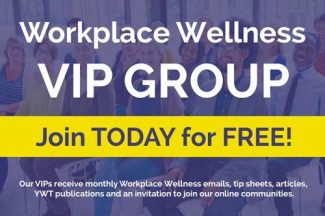 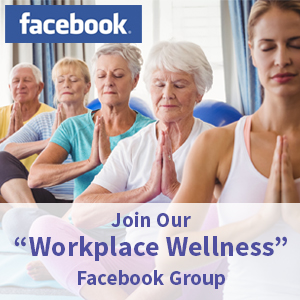